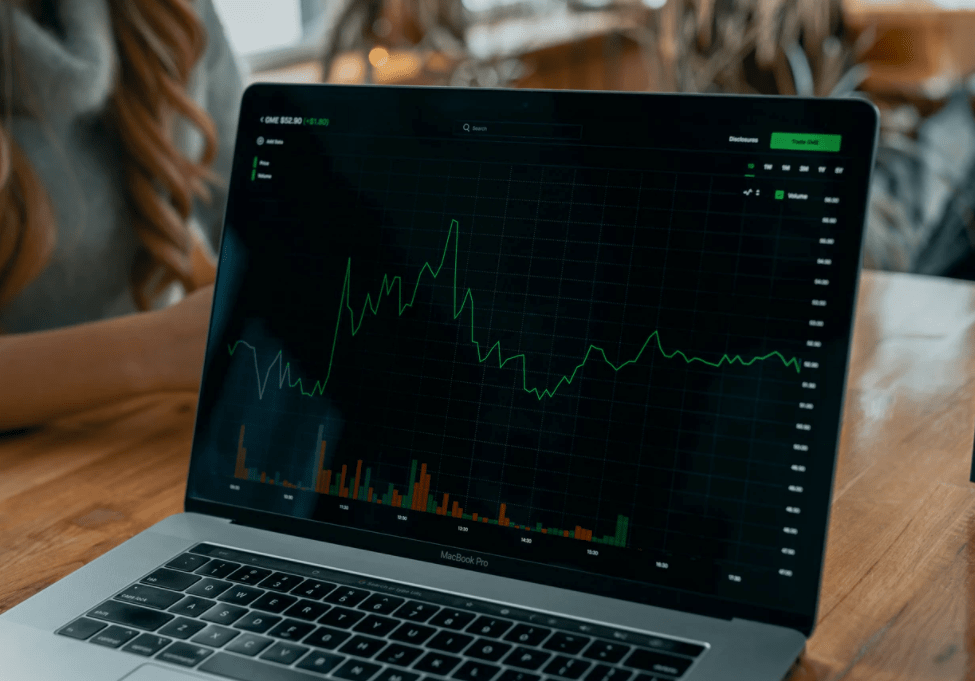 Issue #7: The Robinhood of China, the Amazon of financial services and military wearable tech 🎯

Sign up to our new affiliate program here (it takes 10 seconds to do).

You'll get $50 for every person that becomes a paying member of Ticker Nerd who use your unique URL to sign up.

You can learn more about how it works here.

Chinese-speaking investors around the world suffer from a lack of easy-to-use online brokerage services in their own language.

By distilling the process of funding and trading into a single user-friendly mobile app, Tiger quickly caught on among younger Chinese investors, especially relatively wealthy users.

They generate revenue mainly by:

They have recently entered into traditional investment banking functions such as IPO underwriting, developing a diverse range of institutional clients.

On February 2, 2021, Kerrisdale Capital announced they were buying TIGR shares due to year-on year profitability and dubbing Tiger "the Robinhood of China". Following this announcement, TIGR shares priced increased 16% behind positive investor sentiment.

Analysis consensus is that TIGR will outperform the market in the future with, with a consensus target stock price of $30.60

TIGR also saw in increase of institutional investor interest with $15m worth of shares bought in Q1 2021.

TIGR is expected to report their next quarterly earnings on March 31 2021.

Why TIGR could be valuable:

Chinese household wealth totals $78 trillion, and is estimated that in 10 years it will exceed $200 trillion – almost twice the current US level. There will be room for multiple online brokerages worth tens of billions of dollars, and Tiger – currently valued at $2.7 billion – is likely to be one of them.

Their growth has been driven by international expansion and commission fees from trading and financing services.

Historically Tiger Brokers used Interactive Brokers to process and clear its customers’ trades, which allowed it to launch new products more quickly but cut into profitability.

Last year, however, after acquiring a US-based broker, Tiger began to self-clear more of its trades and move toward full independence.

Interactive Brokers recognized Tiger’s potential from early on and made a strategic investment in its shares and now owns 7.6% of the company.

In the long run, Chinese investors, whether conservative indexers or aggressive speculators, won’t be content with exclusively local stocks; they will look to broaden their portfolios globally, and Tiger will make it easy for them to do it.

The Chinese government typically are mainly interested in two type of businesses:
1. Those that build in China and export and bring in foreign capital
2. Those that make to sell in China and does not interfere with monetary policy.

Businesses outside of that have a chance of conflict of interest with the Chinese government when/if they grow.

Only a fraction of Tiger's accounts have actually been funded with deposits; total funded accounts stand at only 215,000 as of 9/30/2020 due to frictions and restrictions involved in converting RMB into foreign currency.

Founded in 2013, MoneyLion offers a suite of consumer financial tools like RoarMoney, a mobile-banking app that enables customers to get paid up to two days early and manage day-to-day spending with no hidden fees, but with cash-back rewards.

Their other offerings include Instacash, which provides users with interest-free salary advances and Credit Builder Plus which boosts users credit by more than 60 points in 60 days in 50% of cases, the company said.

They currently have over 1.4 million customers.

According to MarketStream.io, Reddit mentions of FUSE increased by 2900% when comparing the start of February 2021 to March 2021.

There's a lot of buzz around fintech stocks at the moment which is driving a lot of social interest.  This is partly due to consumers embracing the idea of on-demand finance, thanks to mobile and cloud computing. Fintech trends show that people are more comfortable managing their money and business online (Deloitte Access 2021).

"Google MoneyLion. They were listed as a top Forbes FinTech 50 in 2020 amongst other awards".

Why FUSE could be valuable:

MoneyLion's target market is focused on middle class Americans that have been underserved by traditional financial institutions.

The middle class contributes trillions of dollars in annual savings, spending and investing, presenting a sizeable opportunity for MoneyLion.

MoneyLion is led by an experienced senior management team with financial and technological experience, who have a proven track record of driving profitability and growth using a highly efficient cost structure.

In 2021, they plan to roll out new products, including a cryptocurrency platform, a secured credit card, and the next generation of their Financial Heartbeat platform.

MoneyLion plan to scale their marketing efforts and are predicting an 80% growth in users by 2021, anticipating 2.56 million users. Over 2021-2023 they plan to invest $195m in marketing and estimate this will result in 7 million additional users by 2023.

Profitability is forecasted to be to $332million (104% CAGR 2020-2023). Which will be  driven by diversified revenue contribution from multiple products/services, and their expanding customer base.

The SEC is investigating the SPAC industry after their surge in popularity in recent months -  specifically around potential conflicts that can exist in deals.

Law firm Rigrodsky Law, P.A., announced in February that they will be investigating the Fusion merger with MoneyLion. This investigation could be problematic for investors depending on the outcome.

Kopin produces cutting edge technology solutions which are used in microdisplays like AR and VR goggles.

The company's main market is the military where its solutions have been selected in an increasing amount of programs.

But the company is leveraging their technological prowess into the enterprise and consumer markets and these are taking off as well.

According to MarketStream.io, Reddit mentions increased by 700% comparing January 2021 to March 2021.

Kopin reported their fourth-quarter sales on 03/02/21 which reached $13.9 million, an increase of 60% year over year, and higher than Wall Street's estimate of $9.3 million.

The company also outpaced analysts' consensus estimate of a $0.01 loss per share and instead reported earnings of $0.02 per share.

Why KOPN could be valuable:

AR is starting to take off, especially in the enterprise market, and we point to developments at suppliers such as RealWear, Lenovo, and Intoware.

According to global tech market advisory firm ABI Research, consumer AR software and content is expected to grow at over 100% CAGR between 2021 and 2025, to reach $20 billion in total revenue in 2025. The total AR Media and Entertainment market will see similar growth at 90%.

Kopin can use its know-how, experience, and military revenue to capitalize on the industry growth.

Kopin is also major player in the OLED Micro-display market.

This market is poised for massive growth between 2021-2027, due to increasing demand for OLED displays from military and automotive manufacturers. The market was valued at $123.94million in 2020 and is expected to grow to USD$518.38million over the next few years.

Kopin's gross margin for production increased from 5% in Q3 2019 to 26% in Q3 2020.  This was the result of increasing production levels, lower material cost on increased bargaining position (higher volumes plus multiple suppliers) and learning economies like improving yields.

Management has a goal of 35%-40% product gross margin although didn't give a timeline of when this will be achieved.

The majority of revenue from Kopin's are spread across several years rather than being paid upfront. This can make forecasting revenue and operating results difficult.

Over the last year, the biggest insider purchase was by Co-Founder Chin Fan for $173k worth of shares, at about $0.74 per share. Although insider buying is usually a positive sign, it's worth noting that this large purchase was at significantly below the recent price of $8.69.

Since the shares were purchased at a lower price, this particular buy doesn't tell us much about how insiders feel about the current share price.