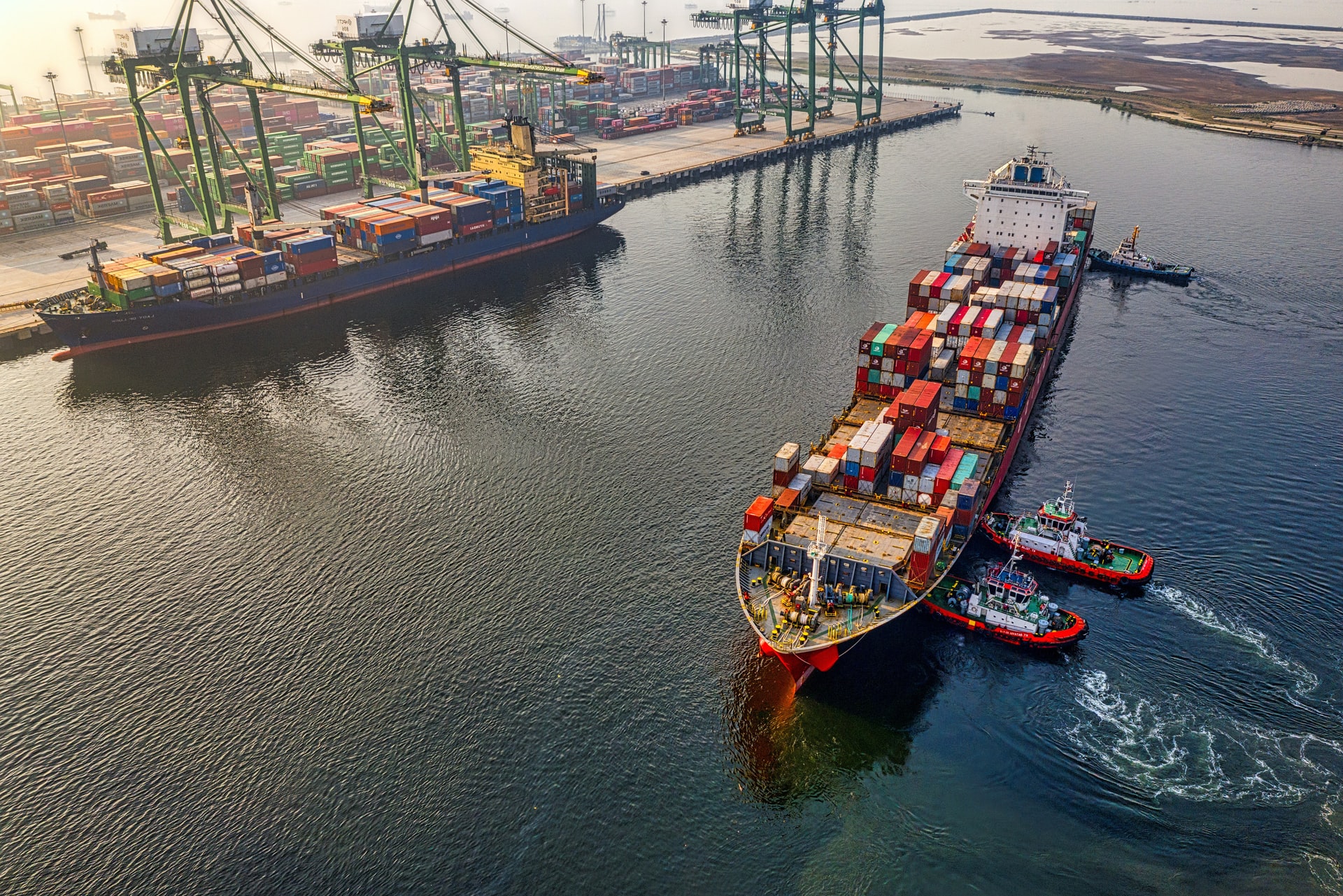 Issue #41: Two market leaders in some of the world’s most essential industries: agricultural inputs, container shipping, and mobile power generation 🚨

Prem Watsa has been called “the Canadian Warren Buffet”. He’s the CEO of Fairfax Financial Holdings, managing a $40 billion portfolio.

Like Buffett, he’s known for sticking to a value investment strategy, something he refers to as “buying a dollar for 50 cents”.

Watsa is not diving in on high flying trend stocks. “These are all wonderful companies, but their valuations are insane”, he explained. “As in the past, this will end – and it will not be pretty.”

That philosophy has led to Fairfax underperforming the market during the frenzy of the bull market, but Watsa is not disturbed by that. In his words, “value investing has worked over 100 years, you just have to be patient.”

Jumping on a bandwagon can be profitable, especially if you jump on early enough and get off before the wagon turns over. Over the long haul, sticking to a known, established strategy can be more productive.

The Mosaic Company is a global producer and supplier of phosphate and potash-based fertilizers and animal feed supplements. They account for 13% of global phosphate production and 11% of global potash production. That makes them the world’s single largest producer of these vital commodities.

Phosphate and potash (an alkaline potassium compound) are essential ingredients in fertilizers and animal feed. They are used by agricultural producers worldwide.

The Company operates in three segments: phosphate, potash, and its Brazilian operation Mosaic Fertilizantes. These operations have roughly equal contributions to revenue.

The Company has other distribution, blending, or production facilities in Brazil, China, India, and Paraguay, along with an equity investment in a phosphate mine and chemical complex in Saudi Arabia.

Mosaic distributes its projects in markets all over the world, including the four top fertilizer consumers: China, India, the US, and Brazil.

$MOS is not unknown on social media.  Discussion is not high, but there’s a continuous low to moderate level of interest. There were bursts of discussion in 2020 and 2021, driven by rising food prices and US government approval of punitive tariffs on phosphate imports from Russia and Morocco.

Current discussions persist at a low to moderate level, indicating enough attention to get the stock noticed if it hits the news.

Retail trader interest may be low to moderate, but institutional investors are taking note. 43 hedge funds held long positions in $MOS in the second quarter of 2021, the highest figure ever.

“More importantly for $MOS potash prices are soaring alongside DAP [diammonium phosphate]. Futures have almost doubled since the summer.

Every $10 per mt for MOP [muriate of potash] is $55 million. MOP is roaring higher... another potash name just announced another $50 price increase this weekend.”

💸 Signal: David Tepper of Appaloosa Management has purchased 2 million shares of $MOS in 2021, with no sales.

Why $MOS could be valuable:

The global market for fertilizers is expected to grow at a CAGR of 4.5% through 2026.

Fertilizer prices are surging, adding to the $MOS bottom line. Potash prices have surged up to 300% since the start of 2021. Fertilizer prices overall are expected to reach “near-record levels” in 2022.

On March 11, 2020, the US International Trade Commission confirmed that subsidized imports from Morocco and Russia have damaged US producers. The US Dept. of Commerce will place duties on these imports for a minimum of five years. That should boost Mosaic’s market share and support strong prices.

Soybean acreage in Brazil, where $MOS dominates the fertilizer market, is expected to grow 27% in the next 10 years. Brazilian agriculture overall showed dramatic growth in 2021 and is expected to show a CAGR of 5.83% through 2024.

Population growth and decreasing poverty levels in the developing world are leading to a global surge in meat consumption. This creates demand for both feed grains and animal feed additives. Mosaic is a globally dominant producer of both.

The Mosaic Company is ideally positioned to benefit from the conjunction of rising agricultural production and high commodity prices.

$MOS is up over 56% in 2021 but is still trading at very reasonable valuations relative to growth and to industry peers. Compare Mosaic to leading competitor Nutrien:

Mosaic has retired $450 billion in debt, repurchased $1 billion worth of shares, and increased its dividend by 50% so far in 2021, indicating a commitment to building shareholder value.

Why did shares fall recently?

$MOS reported quarterly earnings on Nov. 2. On the surface, results were excellent: revenue climbed 44% year over year and strong prices pushed margins to 25.3% from 14.9% the year before. EPS was $1.35, up from a loss of $.02 last year. Mosaic also announced a quarterly dividend.

The drop came about because $MOS missed analyst estimates by a substantial margin. Earnings were 12% below the consensus estimate and revenue was missed by 10%.

Many investors reacted without waiting to find out why. The explanation is fairly simple. The production volume of both potash and phosphate was lower than expected.

Phosphate production was cut by the impact of hurricane Ida on operations in Florida and Louisiana. Mosaic also closed two phosphate mine shafts in Saskatchewan nine months ahead of schedule to reduce the expenses associated with brine inflow. That’s a temporary cut that has been anticipated and was simply moved up.

That appears to be a transient wrinkle, not a long term headwind.

Mosaic’s manufacturing process requires large amounts of natural gas, ammonia, and sulfur. Price or availability problems with any of these commodities could affect the Company’s production capacity and costs.

Rising fertilizer prices could lead farmers to decrease crop acreage, lowering demand for the Company’s products. Continued high prices could also lead the US government to reduce its tariffs on imported phosphate products.

Changes in agricultural output or policy in China, India, or Brazil could materially affect the company’s results.

Mosaic operates multiple mines in different parts of the world. Environmental or safety issues or any other that affects mine productivity could affect the Company’s results.

Mosaic deals with unionized labor forces in several countries. Labor relations to date have been good, but disagreements or strikes could have an impact on results.

Bottom line: $MOS is a dominant, focused, player in a fast-growing and highly resilient sector. Growth rates are exceptional and valuations remain reasonable.

Atlas Corp. is a holding company engaged in asset ownership and management. It owns and operates through two subsidiaries.

As of March 2021, the Company operated 127 vessels with an average age of 8 years. The average lifespan of a container ship is 25 years.

Seaspan’s fleet is expanding rapidly. The company has a total of 55 ships on order, 20 of which are dual-fuel LNG vessels. Seaspan took delivery of 10 new vessels in 2020 and has taken delivery of four new vessels since April 2021.

Because vessels operate on long-term charters, Seaspan’s main route to increased revenue is to deploy more vessels. The vessels currently on order represent a 43% increase in the fleet. These vessels are already contracted for charter and will be deployed on delivery.

APR is the largest owner/operator of mobile gas turbine power plants in the world. Most customers are government-soponsored utilities or large corporations suffering from power shortasges.

APR can deliver large scale power projects in any location in much less time than it would take to build a conventional power plant, making APR plants an attractive option for utilities and corporations facing power deficits.

APR allows customers to deploy power solutions using relatively clean fuels like natural gas, LNG, and LPG, and provides a grid stability option for utilities that are heavily reliant on solar, wind, and other renewables with fluctuating output.

$ATCO has had zero mentions on social media in the last three months.

That might be considered predictable: shipping and power generation are not the trendiest businesses out there. At the same time, container shipping has been at the center of the news cycle during October 2021.

You would expect that the container shipping backlog would be reflected in discussion about the sector. It apparently is not. Competitors like Navient and Costamare are also being overlooked.

Shipping delays have minimal impact on Atlas because of the long-term charter agreements: the shipping companies pay the charter even if the ship is sitting in a harbor. Higher long-term demand can put upward pressure on charter prices, but retail investors don’t seem to be considering that possibility.

“Seaspan has a huge order book. It’s fleet will grow by 60% between 2023-2024. Though those builds are all already contracted out so I just don’t see the risk.”

“Containerships were already in a massive upturn during 2019 and into the very start of 2020. Then COVID interrupted all this and rates briefly collapsed. Yes, port delays and other issues from COVID are helping keep rates higher, but this isn't just a temporary dislocation like tankers, the rates were already strong without COVID.”

Why $ATCO could be valuable:

Over the long term, container shipping is expected to show continuing growth. The McKinsey Global Institute projects that “peak container is not on the horizon”. This means they see no indication of a cap or maximum growth level for container shipping in the next 30 years.

Seaspan’s relatively new fleet and large influx of new vessels give it a competitive advantage. Newer vessels are typically larger and carry more containers than older ones. They have less down time and lower operating costs, making them more attractive to shipping companies.

World electricity demand is expected to nearly double by 2014.

Asia in particular is showing extremely rapid growth in electricity consumption, with a growth rate nearly double that of the rest of the world.

The combination of rapidly rising demand, environmental concerns, availability and price concerns with fossil fuels, power plant construction delays, and the periodicity of many renewable sources is likely to create numerous local and regional shortfalls in generating capacity. APR is ideally positioned to provide the means to bridge these gaps as they emerge.

Demand for APR’s power plants is likely to come from both utilities that need to cover shortfalls and large industrial enterprises that want to declare independence from overstressed power grids.

Its valuation ratios are attractive, particularly given the steady growth and strong basis for continuing growth. The 2021 estimated P/E ratio is 10.55, and the 2022 estimate is 8.59. The PEG ratio is a very reasonable 0.5.

$ATCO boasts an operating margin of 40.66%, and a 5-year average dividend yield of 7.76%. The 86.21% payout ratio suggests that the dividend may not be sustainable, but that ratio is based on Q2 2021, which saw earnings constrained by a one-time charge for debt extinguishment. The Q3 payout ratio will be a better guide to sustainability.

Both of $ATCO’s businesses operate in highly competitive markets. The long-term opportunities in those markets are likely to attract new competitors.

Demand for APR’s generating plants is driven largely by lack of planning, demand exceeding supply, investment delays, power plant failures, or natural disasters. These events are inherently unpredictable. While anticipated demand is high there is no assurance that this anticipated demand will materialize.

A serious global economic downturn analogous to what happened in 2008-2009 could depress shipping demand and reduce demand for new charters.

National and international regulations governing emissions and safety could change and could have an adverse impact on results. Regulatory environments differ in every country and compliance is challenging.

$ATCO maintains pollution liability insurance of $1 billion per incident for each vessel. Spills or damage exceeding this amount could become a liability for the Company.

Bottom line: Atlas Corp is a leading provider of some of the most essential assets in the global economy. Underlying demand for those assets is strong and should show continuing steady growth. Its reputation and dominant position in both its markets place it in a good position to exploit these long-term tailwinds.