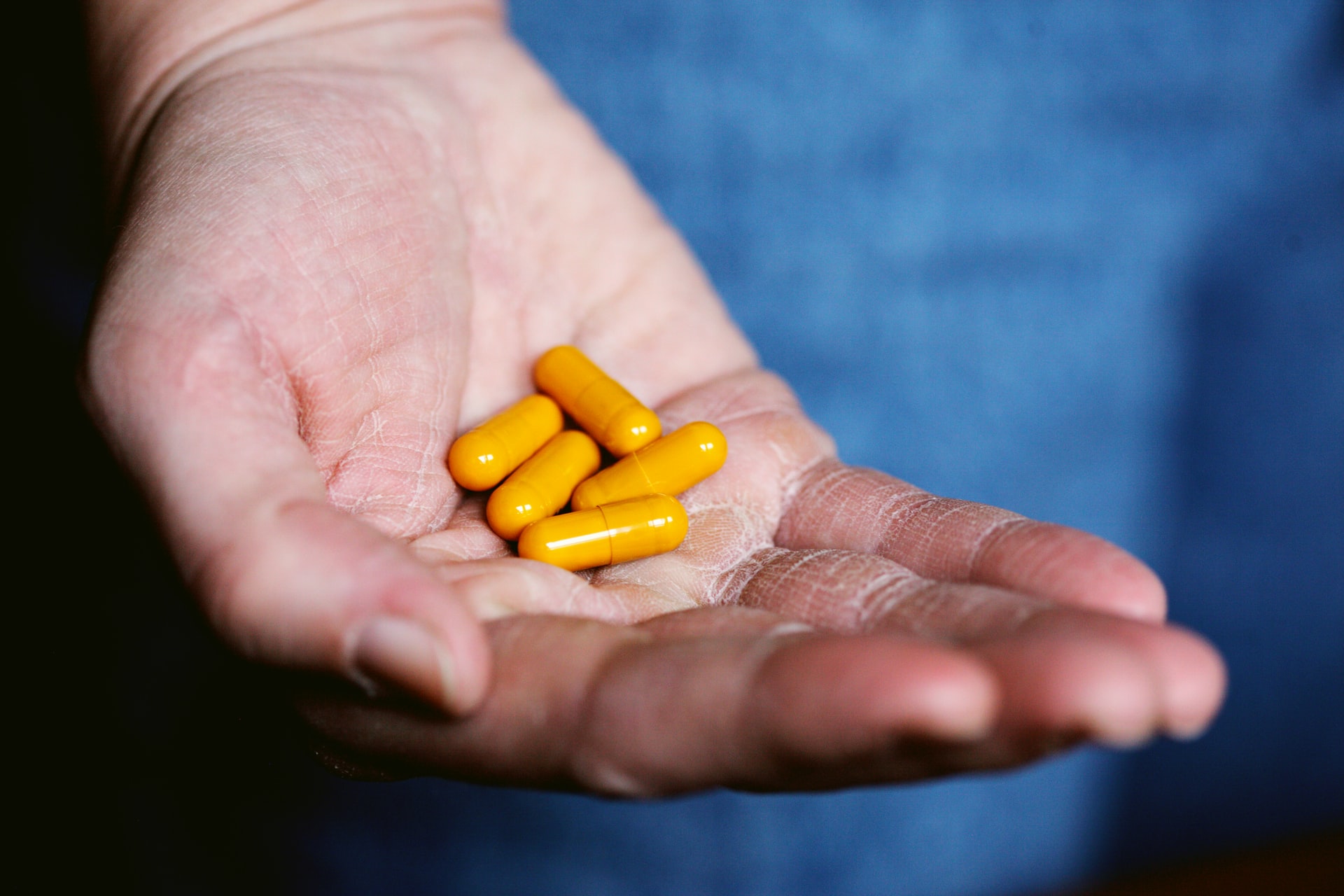 Issue #39: An ultra-secure diversified healthcare conglomerate and a fast-rising innovator shaking up the semiconductor business 💥

In 1973 Ray Dalio was fresh out of Harvard, a 24-year old commodity futures analyst, a cog in the Wall Street machine. On New Year’s Eve of 1974 Dalio punched his boss after a disagreement while drinking. He was fired.

Dalio went home and started Bridgewater Associates in his apartment. As of October 2021 Bridgewater has approximately $154 billion in assets under management. Dalio’s personal net worth is $20 billion.

Dalio is not just a billionaire. He’s also a deep thinker with controversial opinions. In 2019 he published an article titled “Why and How Capitalism Needs to be Reformed”. One key quote from that article:

“...we are now at a juncture in which either a) people of different ideological inclinations will work together to skillfully re-engineer the system so that the pie is both divided and grown well or b) we will have great conflict and some form of revolution that will hurt almost everyone and will shrink the pie.”

That may sound like blasphemy coming from a Wall Street billionaire, but remember that this is a man who got his start by slugging his boss.

What advice does Ray Dalio have for investors?

“...the most important thing I think that an individual investor or any investor could do is know how to diversify well because all those asset classes will outperform cash.”

AMD is one of the world’s most best-known semiconductor companies. They manufacture a range of products covering multiple applications.

In many of these product niches AMD manufactures a range of products from entry level up to highly sophisticated units for specialized and professional use.

AMD is a fabless semiconductor maker. All products are designed by AMD but production is outsourced to independent manufacturers. AMD is reportedly set to become the second largest customer of Taiwanese contract manufacturer TSMC, behind only Apple.

Many AMD brands, notably the Ryzen CPU processors and Radeon GPUs, are highly recognizable. The Ryzen processor in particular is well regarded and widely believed to be superior to immediate competitors in its niche.

AMD is in the process of merging with Xilinx, a manufacturer of Field-Programmable Gate Array (FPGA) chips. These devices, which are designed to be programmed by their buyers, are widely used in data center, automotive, and broadcasting applications.

Xilinx had $879 million in revenues in its most recent quarter, up 21% YoY, and 42% free cash flow profit margin. The merger will add a new product range to AMDs portfolio and substantial R&D capacity: Xilinx spent 28% of revenue on R&D in its last quarter.

AMD generates a consistently high volume of discussion on social media, as you’d expect from a highly visible firm in a niche that draws significant investor attention.

We see in this chart that the Company’s last quarterly report, released on August 27, pushed a week-long peak in discussion, breaking the 1000 comment level for two days. Since then the level has been closer to 50-200 per day, indicating a continuing high level of interest.

We can draw two conclusions.

“...they're about to have one of the biggest company mergers in the history of the semiconductor industry. AMD+XLNX could be worth as much as Intel.”

“If you want to bet on gaming buy into AMD or CRSR because as gaming increases as a sector, those two companies will directly correlate with that growth.”

Why AMD could be valuable:

Intel leads AMD in CPU sales but has only a small share of the GPU market. Nvidia leads the GPU market but does not make CPU processors or server processors. AMD has a larger share than either in the console market.

AMD expected the total addressable market for server processors to reach $19 billion by 2023. Bank of America expects AMD to take over 25% of this market, more than double its current market share.

AMD has been steadily cutting into Intel’s CPU market share since 2019. Intel managed to regain some of its losses in the most recent quarter but AMD still holds 40% of the market.

AMD’s high end EPYC chips are taking over the supercomputer niche, with 59% of the top 500 supercomputers using AMD processing cores. This technological edge can trickle down to more consumer-oriented products.

The gaming console market is set to be a rising income generator for AMD. Sony’s Playstation 5 and the new Microsoft Xbox are triggering a rapid upgrade cycle with sales expected to surge through 2024. AMD supplies semi-custom chips for both products.

AMD has shown strong growth in market share across most of its product lines.

AMD has shown consistent revenue growth over the last year.

Intel has lower P/E and Price/Sales figures, but its growth is essentially flat. AMD is priced attractively compared to Nvidia despite a higher growth rate.

While the microprocessor business is intensely competitive, the capital costs and entry barriers are massive. It is unlikely that new major competitors will emerge in the short to medium-term future.

AMD has beaten consensus analyst EPS estimates for four consecutive quarters. 31 analysts cover AMD, with a consensus “Buy” recommendation and a price target of $118.59, 5.8% above the current price.

AMD’s share price has been consolidating between $100 and $110 since a rapid spike from $91 to $118 in early August. Investors appear to be waiting on regulatory approval of the Xilinx merger. Q3 2021 results are scheduled for release on Oct. 26 after market close. The consensus EPS forecast is $.66, a 106.25% gain from the equivalent quarter last year. If AMD beats the forecast again it could be a catalyst for another significant gain.

The AMD/Xilinx merger has received regulatory approval in the US, the UK, and the EU and is waiting for approval from Chinese authorities. Approval is expected, but if it is refused there could be an impact in the stock price.

Demand for microprocessors in general and GPUs in particular has been boosted by crypto mining activities. A major drop in crypto prices or constraints on crypto mining could lead growth to fall short of forecasts.

The semiconductor business is extremely competitive and AMD will have to devote significant resources to R&D. If any new product falls short of expectations results could be affected. Major competitor Intel is pushing to regain its dominance and could succeed.

AMD relies heavily on the manufacturing capacity of Taiwan Semiconductor Manufacturing Corporation (TSMC). Conflict between Taiwan and China or any other factor that reduces TSMC output could have a major impact on AMD.

Johnson & Johnson is a diversified healthcare products manufacturer with over $82 billion in annual sales. The Company was incorporated in 1887 and has focused on health-related products since its inception.

Johnson & Johnson is a global company, with almost 49% of sales outside the US in its most recent quarter. The company does business in “virtually every country in the world”.

Johnson & Johnson is a holding company and conducts its business through a global network of subsidiaries.

Johnson & Johnson, through its Janssen subsidiary, developed and is distributing a one-dose COVID-19 vaccine. The vaccine is being distributed on a not-for-profit model and is the cheapest vaccine currently being bought by the US government, at $10 per dose.

The COVID-19 vaccine is not expected to have a significant impact on results. It could have an impact on brand visibility and reputation.

J&J’s social media mention pattern is a bit like the company: steady and predictable. This is not the type of company that generates frantic buzz. Nobody can claim to have discovered it, and its most visible products are not particularly exciting.

Social media mentions don’t appear to correspond to quarterly results and actually trailed off during the recent price drop.

Specific comments on Reddit reveal an extremely superficial approach. Comments are dominated by discussion of the Company’s COVID-19 vaccine, which has virtually no influence on J&J’s financial results.

“...buying Johnson & Johnson stock, and holding for ten years is highly likely to make you money, to the point where I would be willing to take a 10 to 1 bet that you would be in the green in a decade. Why? Their bond rating is AAA, better than the federal governments, they are deeply rooted in the economy, and have a very competitive moat.”

“Bought JNJ. It's a big conglomerate now so you don't buy into it thinking you'll moon and make huge tendies. It's more of a stable long-term play where you can hold for decades with dividends and upside.”

Why $JNJ could be valuable:

It’s difficult to quantify market growth for the consumer products division because that division sells products across a range of industries.

J&J’s diversification protects it against any upheaval in a single market segment. Even within its divisions, the product lines are highly diversified and not dependent on any single product or product category.

Johnson & Johnson currently has 10 drugs in the “blockbuster” category, generating over $1 billion a year in sales. That provides insulation against revenue loss from patent expiration.

The Company’s best-selling drug, Stelara (a treatment for Crohn’s disease and psoriasis), contributes 9.3% of J&J’s total sales. It will begin losing patent protection in the US in 2023 and Europe in 2024. The very active product pipeline, which continuously brings new drugs to market, is well placed to compensate for the gradual revenue loss.

For example, Sprovato, a treatment for depression, was approved by the FDA in August 2020 and is expected to make a substantial contribution to overall pharmaceutical sales.

In Q2 2021 J&J announced two FDA approvals and one EU approval for new drugs and an FDA approval of an existing drug for new therapeutic uses. Blood cancer drug Tectistamab was granted Breakthrough Therapy Designation by the FDA.

In the newly-released Q3 report J&J announced FDA approval on a new twice-yearly treatment for schizophrenia and a new drug for pulmonary hypertension.

Johnson & Johnson’s product line spreads across the healthcare and consumer staples industries. Both of these are traditionally resilient and largely recession-proof businesses.

Johnson & Johnson has very reasonable valuation metrics despite its high growth rate. The Company is so diversified that it’s hard to find a head-to-head competitor, so we’ll compare it to the SPX averages.These figures indicate that $JNJ is undervalued at its current price.

J&J is a dividend king: they have increased their dividend every year for over 50 consecutive years. The current forward dividend yield is 2.63%. The payout ratio is 61.5%.

$JNJ has beaten analyst consensus earnings estimates for five consecutive quarters. 23 analysts covering the Company have a consensus “buy” recommendation with an average price target of $188.88, 17% higher than the current price.

$JNJ fell from $179.44 on August 20 to $157.69 on Oct. 12, a 12.1% decrease. Profit-taking may have been a factor, as the stock was coming off a year-long uptrend. Part of the selling may have been driven by the introduction of a bill that would allow Medicare to negotiate prescription drug prices, which could affect drug company earnings.

There has also been some concern over the J&J COVID vaccine’s need for booster shots, but the vaccine has a minimal impact on the bottom line and will not affect results.

All of J&J’s products operate in highly competitive markets. The Company needs effective R&D and marketing to retain its competitive position and could see its results accepted if those efforts are not successful.

J&J operates in highly regulated businesses, especially in its pharmaceutical and medical device businesses. Changes in approval criteria or failure to gain approval for new products could affect the company’s business.

J&J gains a significant percentage of sales from certain products, notably Stelara (9.6%) and Darzalex/Darzalex Faspro (5.1%). These patents will eventually expire, exposing these products to competition. If J&J fails to introduce enough new products or its new products fail to achieve significant sales, results could be affected.

J&J faces litigation risk, including a $100 million settlement over claims that its talc-based baby powder caused cancer and claims that it used unacceptably aggressive methods to market opioid painkillers. Further claims over that issue or other product liability claims could affect results.