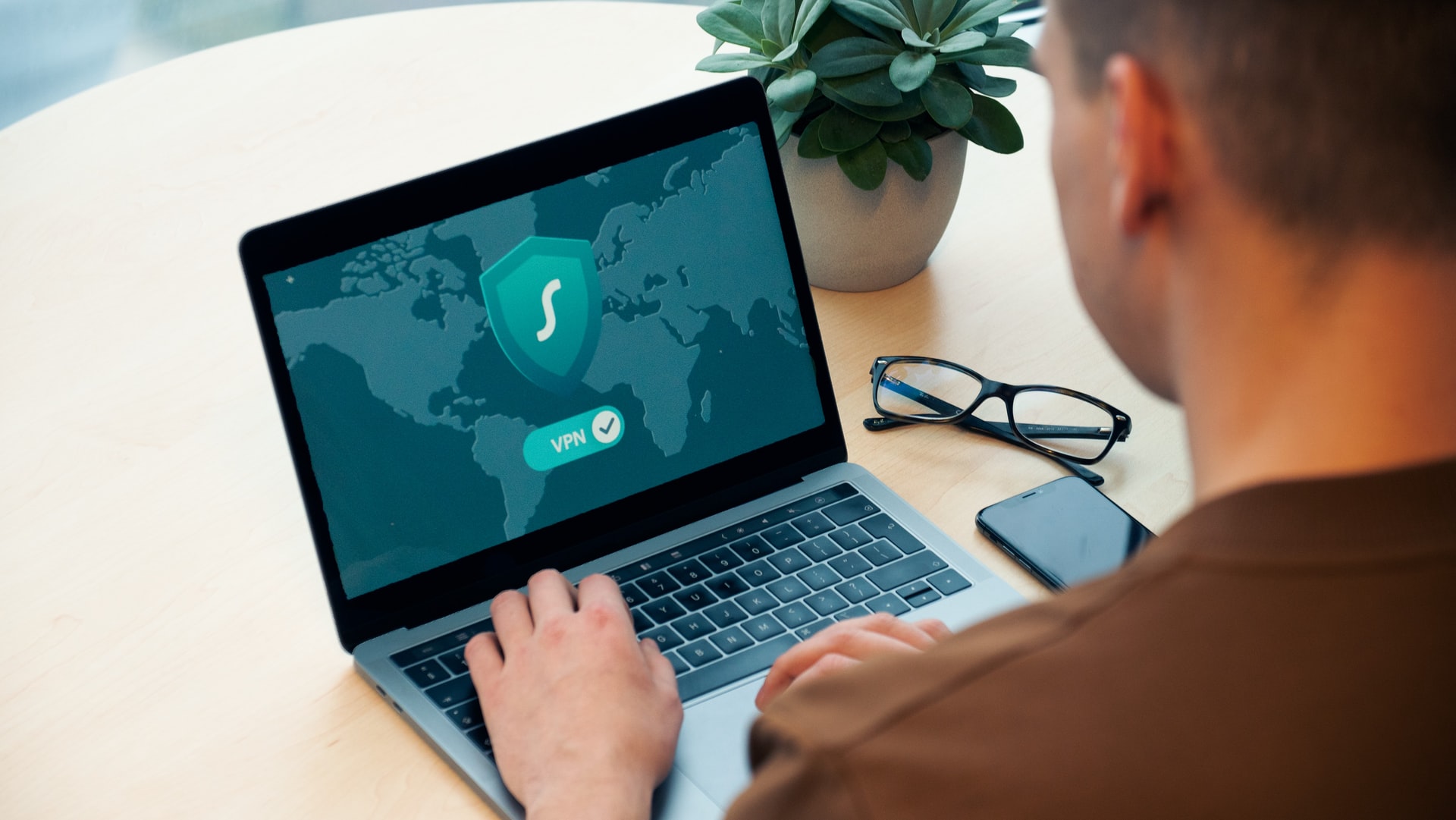 Issue #38: A fast-growing pioneer in AI-driven cybersecurity and an old-school brick-and-mortar leader with a 21st century twist 📈

Jim Simons ran (until his recent retirement) the most successful fund on Wall Street. His Renaissance Medallion fund produced an average annualized return of 66% from 1988 to 2019: an astonishing 31 years. The fund added a 76% return in 2020.

Simons has been called the world’s smartest billionaire. He entered MIT at 17 and earned a degree in mathematics in 3 years. He went on to a Ph.D. from Berkely. He was a Cold War codebreaker for the NSA and chaired the math department at Stony Brook University before taking up investing in 1978.

It’s easy to assume that the incredible record of success came from mathematical prowess (and we suspect that was part of it), but Simons tells a different story: in his own account, his success came mainly from smart hires and sticking to principles.

Most of us are not going to break codes or carry advanced degrees in math, but Simons makes one point that applies well beyond mathematics. He points out that while many funds now use the kind of mathematical modeling that he pioneered, many are not consistent.

“You either slavishly follow the model, or it isn’t going to work very well”, Simons says. “We never overrode the model”.

His advice could be applied to all investing strategies: no strategy will succeed if you don’t stick to it.

SentinelOne is a cybersecurity provider. Its Singularity platform is powered by artificial intelligence. The platform continuously aggregates and processes masses of data to anticipate threats across a client’s entire exposure range and to respond to threats in machine time, without human intervention.

The Singularity platform is suited to companies with remote workforces or distributed operations. It runs simultaneously on endpoints and cloud workloads.

AT&T has partnered with SentinelOne to provide its Managed Endpoint Security System.

The rapid adoption of the Singularity platform is driven by a combination of business trends.

Those complications are multiplied by new threat developments.

The Singularity platform operates simultaneously across all endpoints, servers, clouds, and operating systems, without interfering with operation or integration. The AI system continuously evaluates and anticipates vulnerability and threats, providing fully automated incident investigation and threat hunting along with full forensic recall.

SentinelOne shows a comment pattern typical of post-IPO companies, especially when the IPO attracts attention. There’s a surge in both comments and the stock price shortly after the IPO. That surge wears off as initial enthusiasm passes and the stock falls until it finds a support level.

Once the stock finds that support level, that’s an indication that the post-IPO emotional trading has worn off. Unless there are major market fluctuations or unexpected news we’d expect the next major price movements to be driven by the results for the quarter ending Nov. 2021.

“The platform is slick, has a nice UI, and is created by Israeli cybersecurity experts. It has less data to work with to correlate attacks (which will change as they add customers and time), but still has amazing potential as they have huge clients… S1 will be for companies that want to save some money but still get top tier endpoint protection, and will eventually compete head to head as the sole challenger.”

“In year 3 and never looking back. It's been great, haven't had a Malware Monday since we bought it. Complete license, 7500 assets. Couple interop issues but nothing support hasn't been able to fix. Roadmap is solid.”

💸 Signal: A number of prominent hedge funds and investors have held large blocks of $S shares since before the Company’s IPO, including Daniel Loeb, Ken Griffin, Tiger Global, and George Soros.

Why $S could be valuable:

The global cybersecurity market is expected to register a CAGR of 10.9% through 2028.

SentinelOne estimates that its total addressable market will reach over $40 billion by 2024, in these categories.

Customer reviews collector by the Gartner Group placed SentinelOne’s Singularity platform at #1 out of over 50 products reviewed in the endpoint detection and response marketplace, beating key competitor Crowdstrike’s Falcon platform for the top spot.

Singularity also topped a recent MITRE Enginuity ATT&CK evaluation, a detailed test of cybersecurity capabilities. SentinelOne was the only competitor to emerge with 100% visibility, zero missed detections, and no configuration changes.

It’s difficult to compare pricing head to head. Packages are highly customizable and each potential client gets a unique quote. Multiple customer reviews indicate that SentinelOne’s quotes for the same company were substantially cheaper than those of leading competitor Crowdstrike.

That’s a pattern we’ve often seen after a high-profile IPO. The stock drives above its fundamentals on publicity and enthusiasm and then settles back to a fair value.

SentinelOne is losing substantial amounts of money. That’s expected in a high-growth tech company only a few months out of its IPO, but there is no clear profitability timeline. The Company has $1.7 billion in cash and minimal debt, so there’s no imminent cash crunch.

SentinelOne has never earned a profit. The Company expects expenses to increase and may not be able to achieve profitability.

The cybersecurity market is highly competitive. Maintaining product superiority will require aggressive and expensive R&D, which the Company may not be able to afford if it continues to show operating losses.

SentinelOne relies heavily on its reputation for successfully preventing cyber attacks. Even a single high-profile failure, real or perceived, could affect the Company’s reputation and competitive position and create liability claims.

SentinelOne’s stock value is based largely on the expectation of continuing high growth rates. Failure to sustain high rates of growth could lead to a significant decline in the stock price.

Bottom line: A cybersecurity stock less than 4 months out of its IPO is always going to be a speculative play. The data for SentinelOne shows a combination of very high growth, very high product acceptance, and strong customer support that could lead it to long-term industry dominance.

Kroger is one of the largest retail store chains in the US, offering primarily grocery, pharmacy, health and beauty, and fuel stores. Supermarkets are operated in several formats.

Kroger has 2,742 supermarkets under a variety of names. 2,255 have pharmacies and 1,596 have fuel centers selling gasoline. 2,223 stores offer online order/store pickup and Kroger offers home delivery to “substantially all” customers.

Kroger’s in-house brands represent a significant proportion of sales. These include the premium Private Selection line, the value-oriented Big K, Check This Out, and Heritage Farm products, and the health-oriented Simple Truth and Simple Truth Organic lines.

Kroger has partnered with Ocado, a UK online supermarket chain, to develop automated warehouse and delivery systems that can serve online customers within a 90-mile radius. Customer Fulfillment Centers (CFCs) are open in Ohio and Florida and are under construction in Florida, Arizona, Georgia, Maryland, Wisconsin, and Michigan.

Each CFC uses up to 1000 robots and detailed algorithms to optimize packing efficiency, reduce packaging materials, minimize damage to goods, and manage deliveries in temperature-controlled vans along the fastest and most fuel-efficient routes. Each CFC can process up to $700 million in annual sales.

Krogers’ strategy is to “lead with fresh and accelerate with digital”, using the availability of affordable high-quality fresh food to bring customers in and using a growing home delivery capacity to retain them and expand per-customer purchases.

Kroger is a classic “boring stock”: supermarkets aren’t sexy or inspiring and there’s little excitement on the investing forums.

We see a steady low level of discussion with a single notable spike coinciding with the most recent quarterly report and the subsequent price drop.

Much of the steady social media chatter is generated by short-term in-and-out options traders playing minor fluctuations in the stock price.

“There seemed to be an oversold condition on Kroger stock today. It's earning news is positive but unfortunately was released into a red market. There happens to be options expiring today as well.

So a little pickup of shares and some FD options might make you afford just the most expensive dinner you'd ever buy tonight. Target by discounted cashflow valuation on earnings: 44.33 - 44.90.”

“I saw Kroger stock had a low p/e just a few months back and bought shares around 30. Now I see Warren buffet adding shares and the stock is climbing nicely. The p/e is still low kinda and therefore I believe the stock is still undervalued.”

Why The Kroger Co. could be valuable:

Groceries are a stable and resilient business. North American grocery stores grew by 12% in 2020, as the pandemic cut meals eaten outside the home and increased in-home cooking. Online grocery shopping is expected to grow from 10.2% of total sales in 2020 to 21.5% in 2025.

Kroger is on track to double digital sales by 2023. 60% of items added to online shopping carts were chosen through the personalization program, which offers consumers products based on their order history and the items currently in their cart.

Retail is inherently a low-margin business and margins are even lower when delivery is included. Large organizations that can harness vast data streams to improve efficiency have an inherent advantage over smaller entities or large online entities that don’t have an established grocery distribution network.

That decline is slightly surprising since its financial results were generally strong.

Normally you wouldn’t expect results like that to drive a 16% dive in a stock price. Investors appeared to focus on the downside. Krogers’ cost of goods sold grew from 77.2% of sales to 78.6%, and gross margin slipped from 22.8% to 21.42%. These differences seem small but retail businesses operate on razor-thin margins and any drop is significant.

$KR made up for part of the rise in the price of goods by cutting selling and administrative costs. Earnings still grew. The same factors affect the entire industry, and they are not likely to be permanent.

Part of the margin decrease was caused by a policy decision: Krogers kept price increases minimal despite rising costs. That trimmed margins but increased customer traffic and could lead to a lasting increase in market share.

$KR is priced well below its competitors (which face the same inflation-related issues) in a number of key valuation metrics.

These figures indicate that Krogers is significantly undervalued relative to its peers. Kroger has a dominant industry position, a strong foothold in the booming online grocery business, and a strong growth rate for an established retail company.

Krogers operates in a largely recession-proof and crisis-proof industry and offers a solid 2.13% dividend, which the Company has increased for 15 consecutive years. The payout ratio is a sustainable 47.68% which limits potential downward pressure on the stock price.

Krogers faces significant competition both from traditional retailers like Walmart and Target and from Amazon and other online vendors. Competition may further compress margins and limit earnings.

Krogers has a significant amount of debt. So far the company has managed the debt without meaningful stress. If margins continue to slip. Earnings could decline, potentially forcing a dividend cut.

Recovery from the pandemic could boost eating out and lead to flat or reduced sales in supermarkets.

Most Kroger employees are union members, and Krogers is a party to 350 collective bargaining agreements. Upward pressure on wage, pension, and healthcare costs,  or work stoppages, could have a significant impact on the bottom line.

Kroger relies on numerous complex supply chains to bring goods to its shelves. Supply chain disruptions or shipping constraints could have an adverse impact on business.

A continued period of high inflation could reduce consumption and cut margins even further.

Bottom line: Krogers is an undervalued dominant player in a vital industry that has high resilience to economic and market downturns. $KR also has a solid foothold and substantial competitive advantage in the fast-growing online grocery sales market.