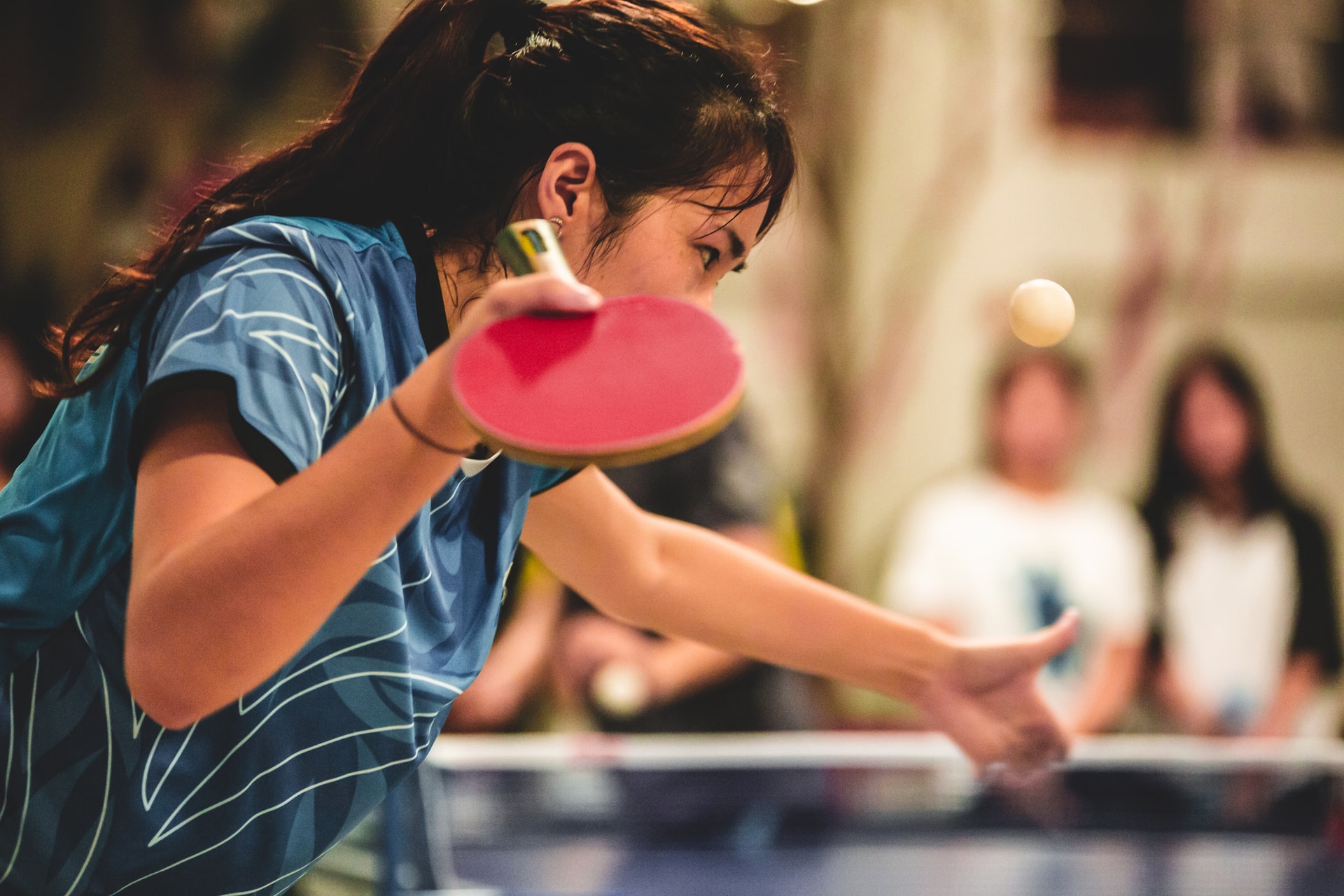 Issue #34: Building the backbone of the sports betting industry and finding value where you’d least expect it. 🚨

If you’re looking at current performance, look at Horizon Kinetics, a $7 billion portfolio management firme with a contrarian approach. Three Horizon funds were among the top ten active equity funds in the first half of 2021.

Peter Doyle, one of the three founders of Horizon Kinetics and a senior member of the portfolio management team, has an interesting long term philosophy:

“The best long-term investors tend to have concentrated portfolios and low turnover as they let the companies they own grow and compound returns”.

That’s not the only possible approach, but it’s hard to argue with the outcome.

Genius Sports Limited is a London-based provider of technology-driven products and services to the sports, sports betting, and sports media industries. The Company listed on the NYSE through a SPAC merger in April 2021.

Genius Sports Limited currently has commercial relationships with over 400 sports leagues and federations, over 300 betting providers, and over 100 marketing customers.

Aside from the NFL, the Company has data collection deals with the NBA, MLB, the NCAA, FIBA, FIFA, NASCAR, the English Premier League, Italian Serie A, and many others.

Social media mentions of $GENI spiked over 670% in the last 3 months, with the bulk of the surge coming in September.

It doesn’t take huge analytical skills to interpret this one. On September 9 Genius Sports released its Q2 2021 quarterly report, showing that revenues had doubled over the equivalent quarter last year. That kind of performance draws attention.

While $GENI is up 41.5% since July 12, movement since the report’s release has been minimal.

“Easy money here. The company is undervalued and growing. Share price headed up. Growth of their market will push their growth even harder. This is not financial advice, but I'm in.”

“the NFL is telling the world -if you want us, you’re gettin’ some GENI. GENI also issued warrants to the NFL (5% stake in GENI) meaning when GENI is successful the NFL is successful so they are locked in and incentivized to push GENI to anyone who wants to work with them.”

Why Genius Sports Limited could be valuable:

$GENI’s relationships with the NFL, MLB, the NBA, NASCAR, and the NCAA, representing the dominant sports in the US, place it in a strong position to capture revenue from these markets.

Genius Sports Limited has only one major competitor, Swiss-based Sportsradar. Sportsradar’s estimated $253 million annual revenue tops $GENI’s $197 million, but Genius beat out Sportsradar for the exclusive NFL contract, which gives them a marked advantage in the critical US market.

The NFL is the most popular single sport for betting in the US. FanDuel Group Director of Publicity Kevin Hennessy describes it as “the 800 pound gorilla” of US sports betting.

Genius and Sportsradar are the dominant forces in the industry. Clients tend to sign long-term contracts for data provision and rely on embedded software, so it’s difficult for newcomers to break in. While the betting market is saturated and very open to new players, the data provision market is essentially divided between these two companies.

Sports data is the “pick-and-shovel” that powers the entire sports betting ecosystem. Players will move in and out of the sports betting industry, but all of them rely on comprehensive and efficient data feeds to function.

Sports betting is a heavily regulated industry. The current trend is toward legalization, but this trend could be reversed. Regulatory or legal constraints on sports betting could reduce the market for $GENI services.

Genius Sports pays considerable up-front fees for data rights. These rights might not generate the expected returns from the data that is purchased.

Genius Sports Limited is not profitable and incurred substantial losses in its most recent quarter. There is no guarantee that the Company will achieve profitability. Continued losses could compromise the Company’s ability to pay for the data it needs.

$GENI has a significant competitor in Sportsradar, which has higher estimated revenues than $GENI. These two companies are currently dueling for industry dominance and $GENI may not prevail.

Bottom line: This is a newly public company that shares a position of dominance in a fast-growing market with one other company. It has yet to attract major buying or attention. If revenue continues to surge the stock has substantial upside potential.

Facebook and its platforms host public and private conversations, news, image and video sharing, business pages, and much more.

Facebook earns revenues from advertising. Facebook algorithms allow the company to direct ads to the consumers based on location, interests, and other criteria. The combination of an enormous user base and precise ad targeting makes Facebook a premium advertising venue.

The Facebook Reality Labs division develops virtual reality (VR) and augmented reality (AR) hardware, software, and content. Facebook’s enormous resources and capacity for acquisitions and research place it in an ideal position to lead these markets.

Facebook intends to dominate what it calls the metaverse: the interface between social and professional interactions, entertainment, and physical, augmented, and virtual reality. The shape of this initiative is still unclear, but Facebook has $60 billion in cash and cash equivalents to apply to it.

Facebook has already introduced products leading toward the metaverse, including the Oculus VR headset and a virtual reality remote work application allowing users to hold meetings as avatar versions of themselves.

Social media mentions of $FB spiked dramatically in early August and have since declined to a steady plateau.

The spike appears to have been driven by the Q2 2021 earnings release on July 28 and the subsequent drop in the stock’s value from $373.28 on July 28 to $354.21 on August 3rd. The subsequent recovery of the stock price generated much less buzz.

Facebook is a very prominent company that has a 54% return so far in 2021, so it is natural that it gets a lot of discussion. Given that prominence, though, it’s interesting to compare the attention Facebook got in the last month to other prominent companies.

Let’s look at the rank and total mentions of some of the most-discussed stocks over the last month, according to Market Sentiment Live.

Facebook is certainly highly discussed relative to your average company, but it lags behind many of its peers.

That may be because Facebook is a company a lot of people love to hate. It’s criticized on antitrust grounds, privacy grounds, and as a venue for extremist groups to share information and plans. That makes it a bit toxic on social media, but it doesn’t change the financial fundamentals.

“The stock is undervalued relative to its peers, likely because of ongoing antitrust, its feud with Apple, and well, people just don’t like Facebook. Its become a scapegoat for our political problems. From a numbers perspective, Fb is a money-printing machine.”

“FB is the best stock for the reopening economy. The digital ads growth will be enormous once the economy fully reopens. It has the lowest p/e ratio among faang and will be able to play a catch up like Google.”

💸 Signal: 81% of the $FB float is held by institutional investors, with Blackrock and the Vanguard Group holding a combined 337.9 million shares.

Why $FB could be valuable:

Facebook dominates the social media marketplace. Four of the top five social media platforms by the number of active users are owned by Facebook.

Facebook is a money-making machine. Revenues have increased dramatically every year since 2017, the operating margin is a stellar 42.52%, return on equity is 31.33% and the Company has beaten EPS estimates for four consecutive quarters.

Facebook trades at 24x forward earnings and 9x this year’s sales. That is below the S&P 500 average multiple of 31x earnings. On average the S&P 500 has seen negative sales growth over the last year, while $FB sales are up 56% over the same period.

Given Facebook’s above-average growth history, expected growth, margins, and earnings, that suggests that the stock remains currently undervalued relative to the market.

Facebook’s dominance of the social media market and the profit that dominance produces are driving a leadership position in the next evolution of tech-driven interaction and entertainment. Virtual reality has been on the horizon for years, but Facebook is leading a small group of companies that are moving over that horizon and making the vision real. The global virtual reality market is expected to grow at a CAGR of 44.3% through 2027, reaching $55 billion.

Facebook’s absolute dominance of the social media landscape has led to charges of monopoly. Facebook may be targeted by antitrust moves that could force it to divest some of its properties.

Measures designed to promote privacy could interfere with Facebook’s ad targeting algorithms, making it harder to deliver value to advertisers and decreasing the value of its ad placements.

Facebook could face legal or regulatory challenges based on the use of its platforms by extremist groups.

Facebook could invest substantial sums in acquisitions or research that do not lead to marketable products or services. The goal of integrating virtual and augmented reality into a “metaverse” is ambitious and even visionary but it could compete for resources with Facebook’s core social media business.