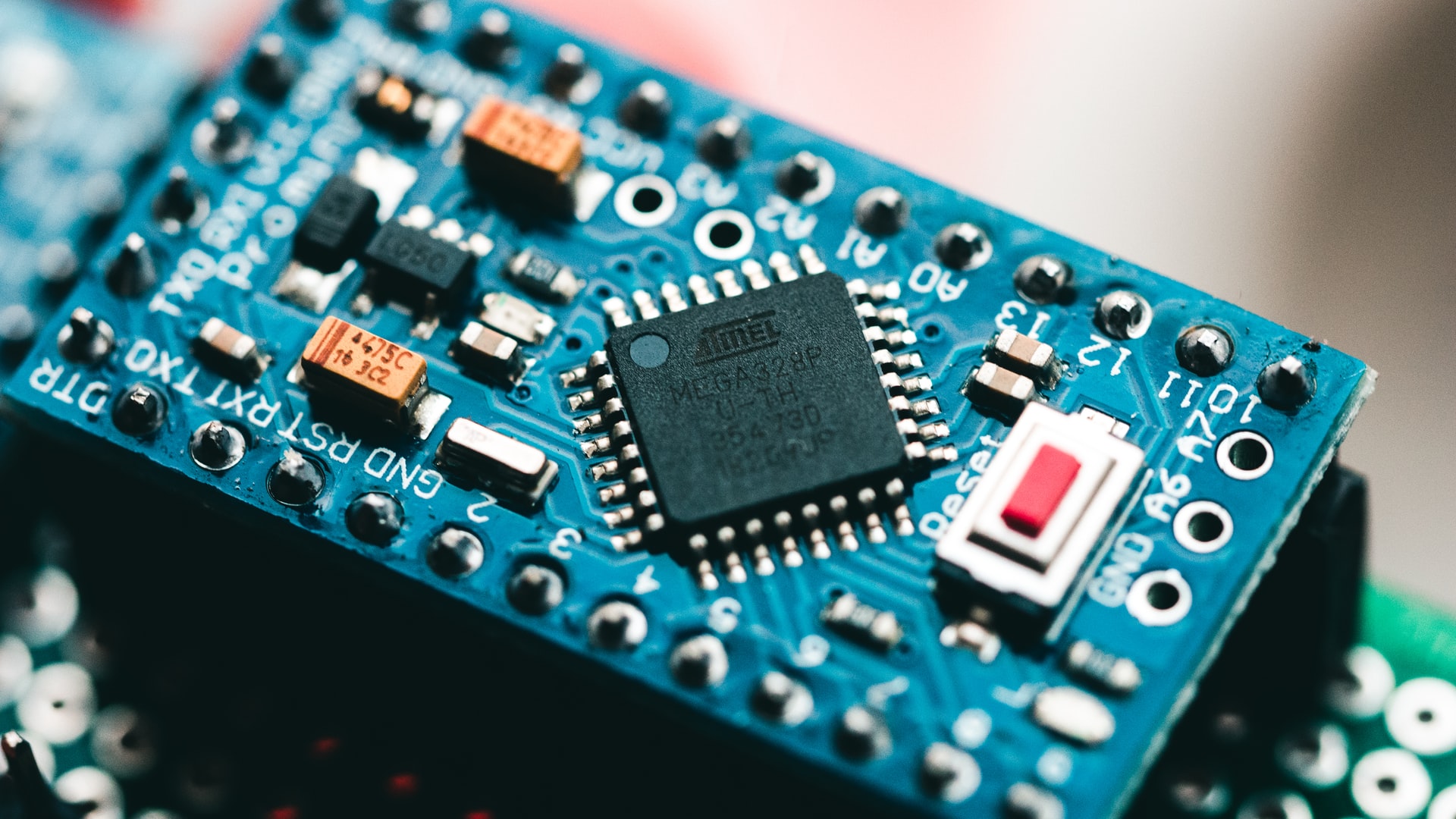 Issue #28: Dominating the future of 5G and the "YouTube of China" 💻

Dennis Lynch is the most successful fund manager you’ve never heard of.

He runs Counterpoint Global, an autonomous unit within Morgan Stanley, managing almost $30 billion across a range of funds.

Counterpoint’s Morgan Stanley Insight Fund was ranked as 2020’s #1 fund by Investor’s Business Daily, with an annual return of well over 100%. Their Morgan Stanley Institutional fund gained 140% over the year ending June 30.

How does Lynch steer these funds to such exceptional returns?

His key philosophy is this:

“This is more of an insight business and a creative business, looking at the world differently or looking at an idea differently than the rest of the world… a good investment culture is constantly thinking about alternatives and not being closed-minded but being open.”

Qualcomm focuses on foundational technologies, the basic building blocks of wireless communication and related technologies. Most people have never seen a Qualcomm-branded product, but almost every wireless device in the world uses either Qualcomm components or licensed technology.

Qualcomm holds tens of thousands of patents on many fundamental wireless communication technologies. Licensing these intellectual properties gives the Company a cut of almost every smartphone chipset sale in the world.

Qualcomm’s Snapdragon chips are among the Company’s best-known products, powering many of the world’s most popular high-end phones. They offer a “System on Chip” (SoC) feature set integrating most of a phone’s primary functions in a single chipset.

Qualcomm is introducing a line of processors designed to power high-end laptops, moving into a new high-demand market.

Qualcomm is well-positioned to benefit not only from growth in 5G and other mobile communication technologies. But from the entire trend toward wireless connectivity.

In the last two weeks, Reddit mentions of $QCOM spiked almost 136% over the previous two-week period, according to data from marketsream.io.

Much of the buzz seemed to be generated by the Q3 2021 quarterly report. The report was released on July 29 but generated substantial interest in the lead-up to its release.

The report showed dramatic increases in both revenue and earnings over the equivalent quarter last year. Last year's Q3 results were affected by the pandemic, but this year's figure shows a strong bounceback.

Those figures naturally generated some talk on the investing boards. Overall, though, the striking thing about Qualcomm’s social media stats is that they are so low. We’d expect a dominant player on the cutting edge of one of the world’s fastest-growing industries to generate a lot more interest.

One reason for this may be that, unlike many other dominant tech players, $QCOM’s products are almost invisible. They are all around us and we all use them, but they are not recognizable. That’s a stark contrast to name-brand companies like Amazon, Google, Netflix, or Facebook.

"I think they will continue to do well. 5G is still early and they own the 5G modem tech. They also plan on a lot of sales with the IoT and automobiles (cars need a modern for over the air updates and to be mobile hot spots)."
- bernie638

"The stock price is still -6.5% YTD before this earning report. The 5G cycle is still ongoing and QCOM is the best beneficiary to play this trend. It will catch up with other semi stocks in the 2nd half and the PE is only 20.”
- coolcomfort123

Signal: Institutional investors hold 75% of the Qualcomm float, with heavyweights The Vanguard Group and Blackrock combining for almost $25 billion worth of $QCOM shares.

Why $QCOM could be valuable:

5G smartphones are one of the world’s fastest-growing market segments, with a projected CAGR of 129.6% through 2027. As the 5G smartphone market grows the market for supporting infrastructure - much of which also uses $QCOM products and tech - will grow with it.

Wireless connectivity is a surging trend across multiple market segments: wearables, vehicles, appliances, and the rest of the Internet of Things. Qualcomm is ideally positioned to exploit this trend.

Qualcomm’s financials and balance sheet are a quantitative analyst’s dream. If you like fundamentals, you’ll love $QCOM. The operating margin is 30%, ROE is 160%, and that’s just the start of the list. It may be a company of starry-eyed genius inventors, but whoever is counting the beans is keeping things in very good order.

The trailing P/E ratio is under 19, compared to an average of almost 40 for the better-known FAANG (Facebook. Amazon, Apple, Netflix, Google) stocks. $QCOM sports a PEG (price/earnings growth) ratio of only .67 (remember, lower is better and under 1 is preferred), against an average of 1.67 for the FAANG stocks.

Only one FAANG stock pays a dividend; $AAPL with a yield of .61. Qualcomm’s dividend yield is 1.82%, with an entirely sustainable payout ratio of 32.88%.

Qualcomm does not manufacture its own chips, relying on outside fabricators like Samsung, TSMC, and (more recently) Intel for fabrication. Any serious issue with a major chip supplier (such as a conflict involving Taiwan) could affect Qualcomm’s business.

Qualcomm’s dominance of the smartphone chipset business has led to claims that it is a monopoly and has forced phone manufacturers to accept unreasonable business terms. Apple won a legal battle with Qualcomm over such practices in 2019. The impact on Qualcomm’s results has been minor but further legal issues could have more impact.

Apple is now looking toward in-house development of high-end chipsets, and there are rumors that Google and Samsung may follow. That could reduce demand for $QCOM products.

Qualcomm relies heavily on income from intellectual property rights. The Company’s patents will expire, and if they are not replaced by equally profitable new ones the business could suffer.

Qualcomm’s mobile phone chipset business faces increasing competition from MediaTek, which took over as the leading supplier of mobile phone chips in early 2021. MediaTek focuses on chipsets for low to mid-end phones but may challenge Qualcomm’s dominance of the more profitable high-end market.

Bottom line: Qualcomm is a dominant technology company in an explosively growing industry. It has flown under the radar and now trades at extremely attractive valuations. It’s a compelling combination of growth and value.

Bilibili’s platform, known as “B-Site” in China, is highly interactive, allowing comment strings to be overlaid on videos. The system is designed around the high level of emotional connection among platform users and the platform itself.

The company was once seen as a haven for youth subculture, but is expanding into the mainstream as young users reach adulthood and new adult users come onboard.

Why they're spiking in interest:

Reddit mentions of $BILI in the last month were up over 145% from the previous month, according to data from marketstream.io.

This is an easy one to explain. Over the last month, the Chinese government has issued new laws and regulations affecting a wide range of Chinese companies. That crackdown drove a rapid selloff in many Chinese stocks trading on US exchanges.

Bilibili was not directly affected by the government's actions, but discussion surged around Chinese stocks in general. $BILI shares dropped from $115.58 on July 21 to $85.58 as this is written, a 26% drop.

"The CCP’s current antitrust investigation of Internet companies has indeed lowered people’s expectations of Chinese stocks in the short term.However, considering the continued development of China's overall economy , there is huge potential for future appreciation. Of course it requires continued patience.I held Tencent, BILI and PDD last year. I will continue to buy while the Chinese stocks are falling."
- gjscut

“I'm still long on BILI. Its down a fair amount from its high but I don't see the demand for weeb content going away or down in the long term.”

Why $BILI could be valuable:

China has almost 1 billion internet users, three times the entire population of the US. E-commerce and other metrics of Internet use are increasing dramatically.

Bilibili is often called “the YouTube of China”. The analogy describes $BILI’s video content presence well, but it falls short in many ways. While YouTube is almost entirely dependent on advertising for revenue, Bilibili’s revenue comes from multiple sources:

Both monthly average users and revenue in all business segments have shown consistent growth.

Bilibili’s young user base is highly engaged, spending an average of 83 minutes on the platform daily. Because content is user-generated, the content automatically adapts as the users get older, with new users contributing more youth-oriented content.

Bilibili’s ad revenue saw an 80% YOY increase in its most recent quarter. Competitors Baidu and Tencent saw significant declines in ad revenue, while Weibo’s ad revenue grew only 1%. This suggests that advertisers are moving to Bilibili and its young, consumption-oriented users.

As of July, 31 analysts were covering $BILI. 18 rated the stock “Buy” and the other 13 classed it “Strong Buy”. The average price target is $146.24, over 70% above the current price. The current price dip is driven by a general bailout from Chinese stocks, not by issues with the Company.

Increasing government regulation is a concern for all Chinese stocks, but Bilibili has an advantage: it’s an important conduit for state-sponsored information.

The Communist Youth League and state media outlet Guancha are the two most “liked” content creators on the platform. That gives the government an incentive to sustain $BILI’s reach.

Bilibili is not profitable, and losses have increased every year. The Company’s $27 billion cash hoard will cover the current loss rate for some time, but sooner or later Bilibili will have to find a way to earn profits.

The Chinese government’s use of Bilinbili as an information conduit suggests some level of protection from state interference, but that is not guaranteed. Government restrictions could affect results.

Even if Bilibili is not involved, a government crackdown could push investors out of Chinese stocks in general. $BILI could be affected.

Bottom line: In the short term, $BILI offers a turnaround play as money moves back to Chinese stocks after July’s rout. Companies least affected by the crackdown may see more capital inflows. In the longer term, the Bilibili offers a speculative play on the Chinese Internet industry.