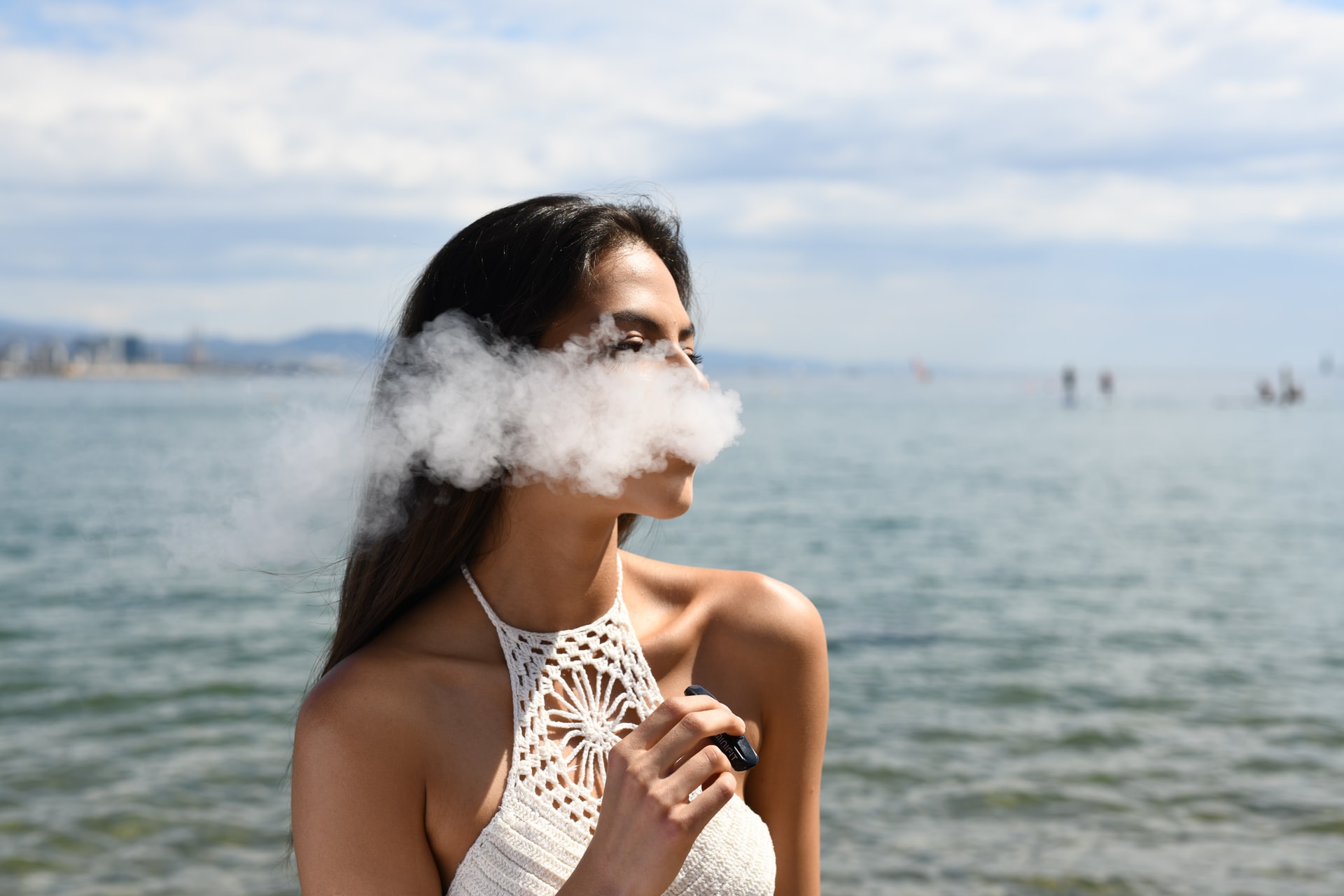 Issue #27: A plant-based food brand that is growing rapidly and a high dividend "sin stock" to hedge against a recession 🚨

Nancy Zevenbergen started her first fund at 28, working from her living room while nursing a child. Today she manages almost $6 billion, and her two main funds gained 126% and 124% in 2020.

Zevenbergen hasn’t only excelled during bull markets. She has beaten the SPX by an average of 4% a year since 1987.

What’s her secret? She ignores valuation and focuses on innovation.

Zevenbergen says her job is to “understand the ‘crazy’ visions of new leaders and become investors alongside them.” She has a strong preference for companies led by their founders.

That philosophy led her to very profitable early-stage investments in Amazon, Netflix, Apple, Microsoft, and Tesla.

Tattooed Chef Inc. produces and sells a range of prepared plant-based foods, including vegetarian, vegan, and gluten-free options. Foods are sold in frozen form, typically in bowls and pizzas that require only a quick microwave heating.

The Company focuses on freshness, quality, and sustainability, with most ingredients grown in Italy. Reviews indicate a high degree of satisfaction with the quality and taste of the food.

Tattooed Chef sells products online and through retail outlets. Many retail outlets are smaller health-oriented stores and convenience stores, but the Company has drawn attention in 2021 by moving into mainstream supermarkets like Target and Kroger’s.

Tattooed Chef is acquiring Foods of New Mexico, which has operating plants manufacturing a range of southwestern and Mexican foods. The acquisition will help $TTCF expand into this $20 billion sector.

Data from MarketStream.io show a significant surge in mentions of Tattooed Chef in May, June, and July. Discussion is up 240%, with several spikes marking vigorous conversations about the stock.

The increased interest appears to be the cumulative result of a series of news items.

These announcements came as the stock price slid 28% from its January high of $26.81. That drop, against the backdrop of positive announcements, led to an extensive discussion of the stock’s valuation and the opportunities it could create.

"Honestly, the stock is undervalued but Tattooed Chef’s brand and customer demand is on the rise. They’re penetrating National supermarkets with lighting speed. Buy stock in TTCF is safe and low risk. Call options too are good. Higher risk but massive gains as the Tattooed Chef executes."

"...they own the whole damn supply chain. From the vegetables all the way to the final product. They are constantly increasing capacity to be able to meet demand. This enables TTCF to munch on inflation, as they don't have suppliers. Essentially, this will guarantee rock-solid margins once they slow down their growth and focus on profitability.”

Why $TTCF could be valuable:

Tattooed Chef Inc. stands to benefit from both the expanding market for vegan alternatives and the trend toward prepared meals that are healthy, delicious, and convenient for working people.

The Company is vertically integrated, controlling everything from crop production (largely in Italy) to distribution.

This allows $TTCF to control its costs and assure quality. The production base in Italy offers both lower costs and a reputation for high-quality food.

$TTCF is completing a transition from dependence on private label products to reliance on its own brand. Tattooed Chef branded products made up 4% of revenue in FY2018 and 56% in FY2020.

The primary competitor of Tattooed Chef is Beyond Meat ($BYND), a much larger company. Beyond Meat has focused on making meat substitutes and selling them to fast food and other restaurants.

This has caused challenges: matching the natural texture and flavor of meat has been difficult and public acceptance has been limited. Restaurant sales plunged during the pandemic, reducing the market for these products.

Sales of Tattooed Chef’s pre-prepared convenience meals showed strong growth during the pandemic. The products are built around high-quality fruits, vegetables, and other natural ingredients. Most do not depend on passing off a substitute as meat.

$TTCF clearly has better fundamentals and is in a better business position than its primary competitor.

While Tattooed Chef currently has limited direct competition, that may not last. The company’s success could lead major food companies to produce and sell competing products. Many of these companies have much larger production capacity and wider distribution networks.

The current growth trend of plant-based diets may not continue.

Tattooed Chef relies on two production facilities, one in Paramount, CA and the other in Possedi, Italy. A serious problem at one of these facilities could affect production. This risk will be reduced by the integration of the facilities acquired with Foods of New Mexico.

At the end of 2020 88% of $TTCF revenue came from 3 outlets. This concentration has been reduced by the addition of Target and Kroger to the distribution mix, but customer concentration could still be a risk.

Any publicized problem with food quality could significantly affect sales.

Bottom line: Tattooed Chef is a rising player in a fast-growing market. Its business strategy has been more effective than its primary competitor and its financial position is strong. Rapid increases in revenue, a growing distribution network, and well-received products are all positive indicators.

Altria Group is America’s largest tobacco company. Its brands include Marlboro, Virginia Slims, and Black and Mild cigars. Smokers traditionally display a high degree of brand loyalty, so these brands are major assets.

Altria also owns or holds a significant interest in a number of other companies. These include:

Altria has embraced a widely publicized initiative aimed at “moving beyond smoking”. As of March 2021, 87% of revenue still came from smokeable products, with oral tobacco products contributing 10%.

What we can learn from interest levels:

Unlike many of the companies we cover, Altria is very well established. The Company ranks #138 in the Fortune 500 and is a member of the S&P 100. It’s included in almost every discussion of dividend stocks.

Because the company is so well known, social media buzz follows a regular pattern. There’s little or no discovery factor, the sudden burst of attention that hits when a company lands on the radar of the investment community for the first time.

Altria saw a distinct pickup in social media buzz in March and April. Reddit mentions rose to an average of over 50 a day and spiked to 400 in mid-February before settling to a more typical 10-20 per day from April onward.

That’s a normal pattern for large, well-known “boring” stocks: they get attention when they’re rising, not when they are steady. That pattern may miss the investment proposition of $MO, which is more about the dividend and resilience to recession than about appreciation.

"Right now, my entire portfolio consists of MO, because I think it’s extremely undervalued. I have 200 shares outright, I have bought calls on the dip, sold covered calls when the price was cheap, and I’m collecting a nice dividend in the 7+%… it’s been a good run."

“MO's even better. Every few years they spin off entire companies.I bought MO in 1999. Since then it has doubled its own dividend and spun off PM, MDLZ and KHC, each with their own dividends as well.”
- Commodore64__

Signal: Over 61% of the outstanding $MO shares are held by institutions, with The Vanguard Group and Blackrock Inc holding a combined total of over 290 million shares.

Why $MO could be valuable:

The US tobacco products market is currently valued at $52.8 billion. Some analysts predict that it will rise as high as $119.3 billion by 2025.

$MO is the largest player in the industry and its well-established brands are ideally positioned to benefit from future growth.

Tobacco sales traditionally hold up well even during recessions. That factor combined with $MO’s dividend yield makes it unlikely that the stock would see significant losses in a market downturn.

Altria Group shares are attractive to investors seeking a hedge against a possible market downturn. That is likely to generate increased buying during periods of uncertainty.

Altria has a track record of spinning off subsidiaries, with shareholders receiving shares in the new companies.

Long-term $MO holders received one share of Philip Morris International for each $MO share they owned in 2008 and 0.7 shares of Kraft for every $MO share they earned in 2007.

Altria’s Juul Labs subsidiary faces significant legal liabilities stemming from an outbreak of vaping-related illnesses. These lawsuits could result in substantial settlements that could affect Altria’s results. Other legal action over marketing practices and the health impact of smoking is possible.

Altria is currently carrying a large amount of debt, much of it from the Juul acquisition. So far Altria has managed its debt reasonably well, but if the company encounters any serious headwind the debt could become overwhelming.

Altria is a dividend king, meaning that it has increased its dividend every year for the past 50 years. Given the Company’s debt and legal liabilities, the current dividend may not be sustainable. The dividend is a major reason for holding Altria stock and any reduction in the dividend could have a serious impact on the stock price.

Bottom line: Altria has a high dividend yield and a continuous record of dividend increases Combined with the resilience of the tobacco market, that makes the Company a solid income generator and an appealing hedge against any market downturn or recession.