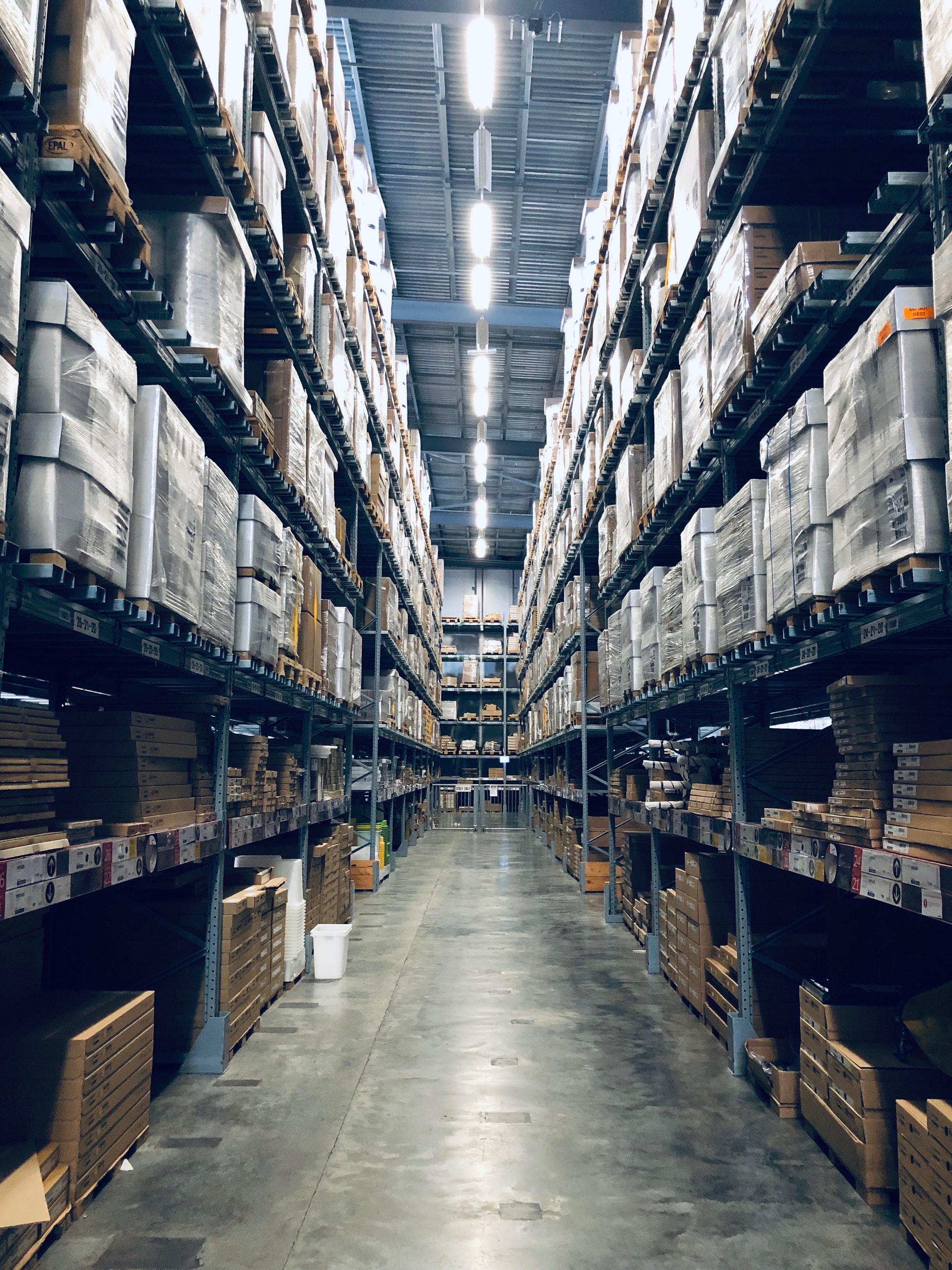 Issue #22: An e-commerce platform with over 100m monthly active users and a company revolutionizing mattresses 😴

Due to popular demand, we're starting a new mini segment at the beginning of each report.

Each week the segment will profile a billionaire investor and one valuable piece of advice you can use.

This week's billionaire is Bill Ackman.

Ackman made headlines in early 2020 after turning a $27 million bet into $2.6 billion from correctly predicting that the coronavirus would crash the market.

His biggest learning from this? Big bets don't have to come with big risks.

The $27 million bet he made was a tiny portion of his hedge fund's capital. If he was wrong, the loss was minimal. But if he was right the upside was HUGE.

I know most of us don't have $27 million lying around but you can still apply this approach on a smaller scale.

The downside is limited to $500 while the upside is almost infinite.

Wish, was first launched in 2010 as a wish-list app similar to Pinterest.

In 2013, it made the move to start selling merchandise through the platform.

Most of their products are unbranded, sold by various small businesses (mostly Chinese wholesalers) directly to consumers.

Wish earns money by taking a 15 percent cut of each sale and collecting fees from sellers in exchange for promoting their products.

The user experience on the app is extremely addictive.

Once they’ve downloaded the app, Wish users scroll through the app for an average of 20 minutes per day. Unlike most of its competitors, Wish is mobile-first, taking cues from Instagram’s infinite feed and popular gaming apps.

Combining this user experience with rock-bottom prices has made Wish:

According to MarketStream.io, the total Reddit mentions of $WISH over the past ten days have increased by nearly 9000% compared to the previous ten days.

The surge in mentions of $WISH was likely driven by the stock becoming the latest "meme stock" of WallStreetBets. Redditors became interested in the stock after users posted Bloomberg terminal data showing 48.67% short interest.

The short interest appears to be excessive for a company that is only trading at 2-3x forward earnings (compared to some of its competitors trading at 20-30x).

Wish is also generating strong consistent growth. It has grown its revenue from $1.73b to $2.54b in two years as well as its monthly active users from 82 million to 107 million over the same period.

"I said this many times now, this is not a pure ecommerce play. This company is a data science company which will become a logisitics giant. Why do you think Peter Thiel of Palantir invested in this?" - md324

Why WISH could be valuable:

Wish is able to differentiate itself from players such as Amazon and Alibaba by using industry-leading product discovery and personalization.

Before starting CoreLogic, founder and CEO Piotr Szulczewski worked at Google after graduating from college. His role focused on building prototype algorithms for keyword expansion, a feature used to help users find products from advertisers.

In 2009 he left Google and spent six months at home writing code for an ads recommendation platform that analyzed a person's browsing behaviors to predict their interests.

Fast forward to today, "over 70% of the sales on our platform do not involve a search query and instead, come from personalized browsing", according to Wish's 10-k.

This percentage is huge. Highlighting the power of its recommendation algorithm.

This also explains why once they’ve downloaded the app, Wish users scroll through the app for an average of 20 minutes per day, according to Wish's head of communications Glenn Lehrman.

This type of user engagement has generated exceptional results for the company.

In its Q1 2021 earnings results Wish generated $443 million in gross profit from revenue of $772 million (a 75%+ increase from the previous year). Aside from the impressive growth in revenue it also generated a healthy gross profit margin of 57%.

Rather than competing directly with Amazon, Wish is going after lower-income households (making less than $75k annually).

There are over 1 billion households worldwide that fall under this category presenting a sizable opportunity for Wish.

The company has only recently begun expanding its product offering to tap into new growth opportunities.

These include Wish Local which enables participating stores to sell inventory to Wish's 500 million+ customers, earn additional revenue by serving as Wish pickup spots, and participate in wholesale initiatives. Wish Local now has over 50,000 partners on board (most are based in the US).

The program improves merchant logistics and the overall customer experience through a unified logistics solution. It requires merchants to ship orders to designated warehouses in Mainland China, where Wish takes over the last-mile logistics.

Wish also relies heavily on platforms and websites owned by Facebook and Google to acquire customers. There is the risk that these platforms could terminate their agreements with Wish at any time. This would likely have a huge impact on the company's revenue and user growth.

Although it can be argued that the billions of dollars already spent by Wish on advertising and marketing will have long-term benefits. As it has helped establish the Wish brand in the eyes of millions of consumers.

Its products are the result of over 30 years of innovation and investment in proprietary and patented comfort technologies.

Purple's proprietary gel technology, Hyper-Elastic Polymer, underpins many of its comfort products and provides a range of benefits that differentiate its offerings from other competitors' products.

The company sells its products through direct-to-consumer online channels, traditional retail partners, third-party online retailers and its own retail showrooms.

According to MarketStream.io, the total Reddit mentions for $PRPL over the past 7 days reached 357 mentions. An increase of 676% when comparing the previous 7 days.

To put this in perspective, the total Reddit mentions for Casper (one of Purple's closest competitors) over the past 7 days was less than 20 mentions.

The recent growth in mentions of Purple was likely driven by a sudden spike in the number of threads discussing the company on WallStreetBets. Overall the sentiment appeared to be positive with threads discussing a number of Wall Street analysts upgrading Purple to a "buy" with price targets with over 40% upside.

"IMHO there is tons of upside and very very limited downside. We are trading @ like 1.7X sales and growing 40% YOY.... and we are profitable...... It's still an under followed and underappreciated company." - dhsmatt2

Why PRPL could be valuable:

Purple has impressively grown both its revenue and operating margin since its IPO in 2018.

Its annual revenue has more than tripled since 2018, from $200 million to $649 million in 2020. Its operating margin has also steadily improved from negative to positive territory, to 5.7%.

Purple has plans to continue leveraging this momentum, noted in a conference call earlier this year:

"With our additional manufacturing capacity coming online, we intend to lean into accelerated wholesale door growth. Our current plan is to add approximately 1,500 new doors in 2021, with a focus on both expanding our footprint with existing partners as well as launching with additional leading regional furniture players."

The U.S bedding market is worth over $22 billion and is growing at a CAGR of ~5%. Similar to the pet industry, it is stable and resilient even during economic downturns.

Over the past couple of decades, TempurSealy and Serta Simmons have dominated the industry. TempurPedic's introduction of NASA-invented foams in 1992 was the most recent industry innovation before Purple entered the scene.

These legacy brands have also failed to tap into the rise of direct-to-consumer sales channels that only recently emerged within the last 5-6 years.

This has allowed Purple to quickly steal market share and establish its brand as a premium offering among digitally savvy consumers.

Purple has invested heavily into developing a compelling unique selling point to differentiate it from other DTC mattress brands.

Specifically its proprietary gel technology, Hyper-Elastic Polymer which is incorporated into its mattress and pillow offerings. This technology allows free airflow to keep users cool while offering pressure-releasing comfort and support.

Analysts are projecting strong earnings growth for the next two years, with 14% and 28% EPS growth estimates for 2021 and 2022, respectively. Purple has also maintained a strong balance sheet, with $123 million in cash, and a debt-to-equity ratio of just 58%.

Like all other digitally native e-commerce brands, Purple's profitability and reputation can be damaged significantly if there are major delays in product shipments.

This could be due to freight difficulties, delays in product shipments clearing U.S. Customs or challenges with suppliers or contractors.

If its systems fail to perform as anticipated, Purple could experience difficulties in virtually any area of its operations, including receiving orders from customers, replenishing inventories or delivering our products.

This could result in huge financial losses plus significant investment needed to improve or upgrade its systems.

‍Disclaimer: The information that Ticker Nerd provides is general in nature as it has been prepared without taking account of your objectives, financial situation or needs. It does not constitute a recommendation to buy or sell any stock. This email is not intended as legal, financial or investment advice and should not be construed or relied on as such. Ticker Nerd is not responsible for any damages. Before making any commitment of a legal or financial nature you should seek advice from a qualified and registered legal practitioner or financial or investment adviser. Note that our analysis may not factor in the latest price-sensitive company announcements or qualitative material. Ticker Nerd has no position in any stocks mentioned.